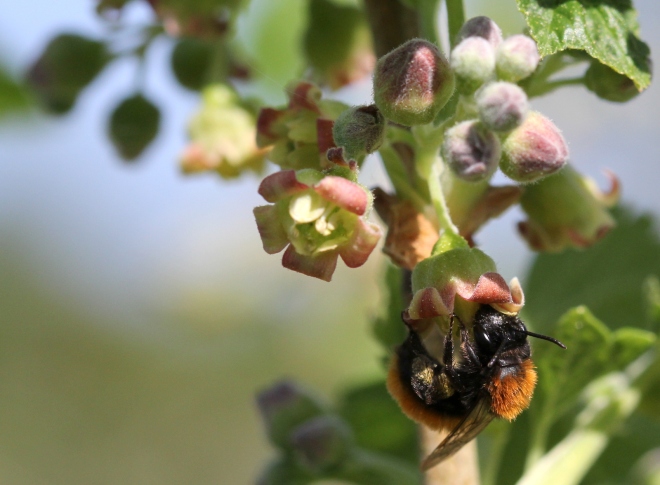 I spotted a female Andrena fulva female in my blackcurrant flowers on the 25 April 2013, exactly a day later than I had seen my first one the previous year. 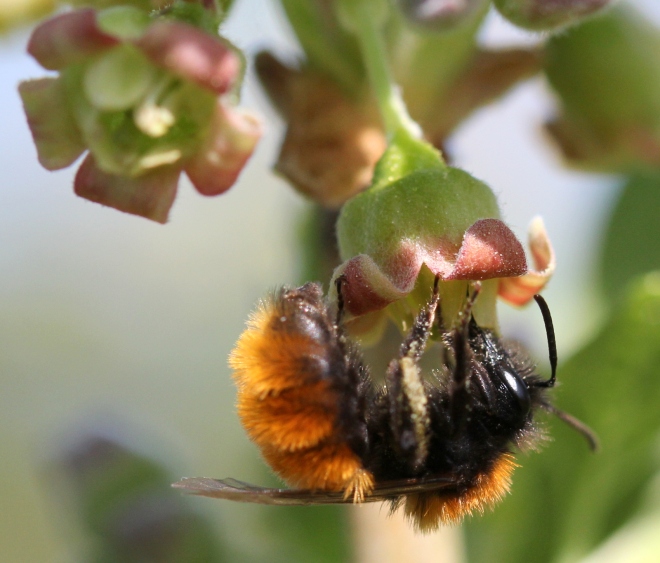 I look forward to my blackcurrants flowering because I am sure to see this beautiful mining bee feeding from the nectar. 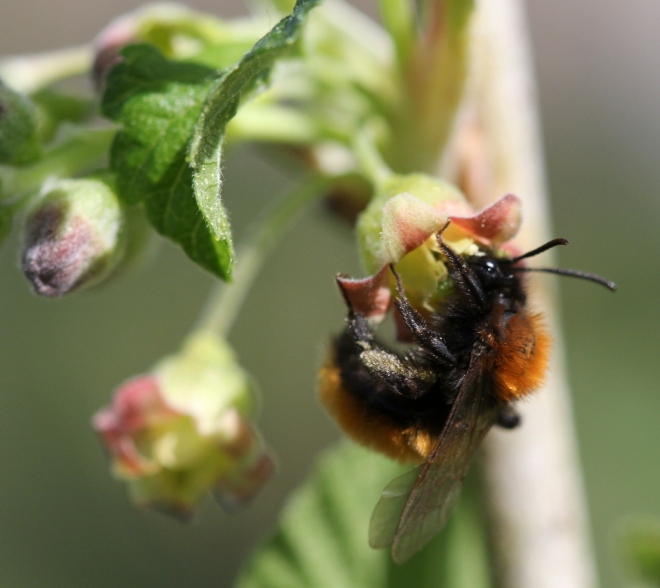 I have never noticed the male who is harder to spot as he doesn’t sport the same brightly coloured coat but resembles more non de-script Andrenas.  He does have a pronounced tuft of white hair on his face so I will be on the look out for him this year.

These bees are spring flying bees and will feed on pear, cherry and apple blossom.  I have all of the latter trees in my garden and I watch and photograph the bees with a great interest in the spring but I have only seen the Andrena fulva on the blackcurrant flowers!  Again I will be watching even more carefully this year but they are not bees you could miss easily. 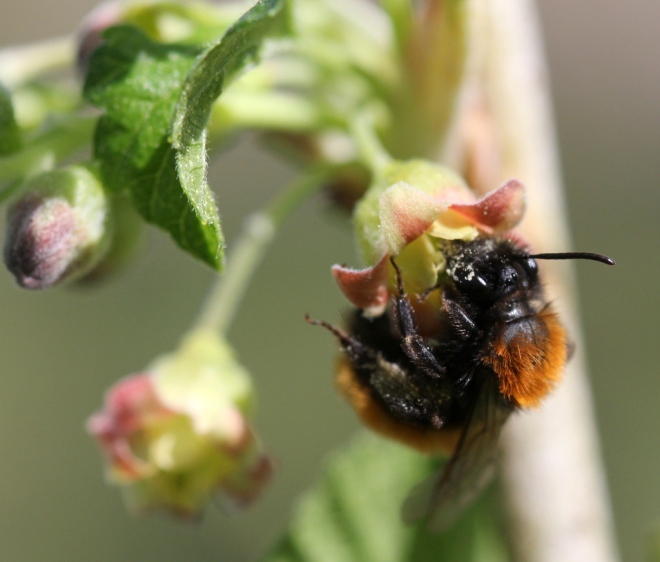 Perhaps, she prefers the pollen or finds it in a more generous supply. 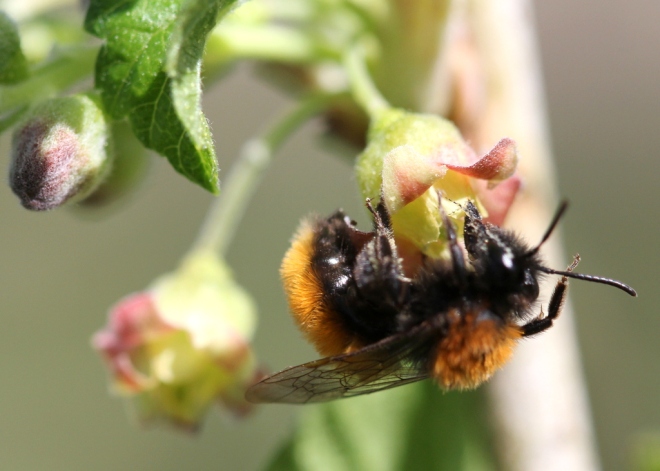 She lets me get quite close up to photograph her as she is so involved in securing the nectar but in the end she gives me a warning wave of her leg  to indicate I’ve got quite close enough. 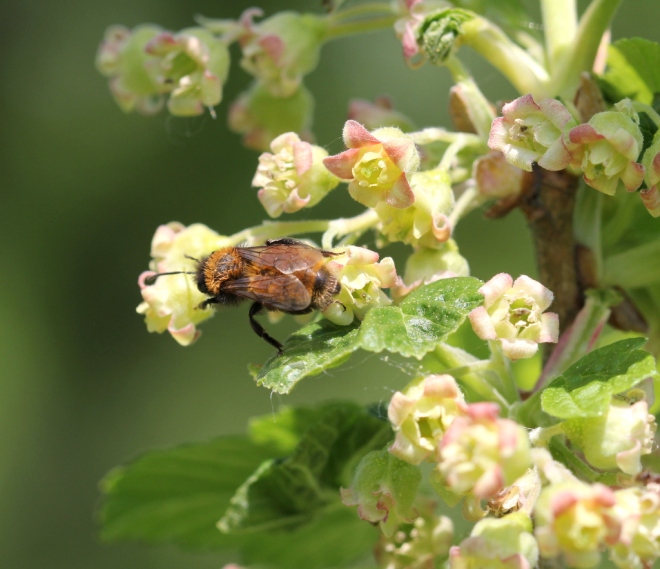 I took this photograph in May, some of the bushes were still flowering and I felt sorry for this bee who had got a little wet.  Once my blackcurrants stop flowering my Andrena fulva desert me.

They are mining bees and could be tempted to nest in my “lawn” or the nearby bare areas as the sandy soil should suit them but although several types of mining bees that have taken up residence, I have not seen Andrena fulva nesting.

This is my first Andrena and my sixth bee identified.

Have you seen Andrena fulva on any fruit trees?

9 thoughts on “Andrena fulva in my blackcurrant flowers”