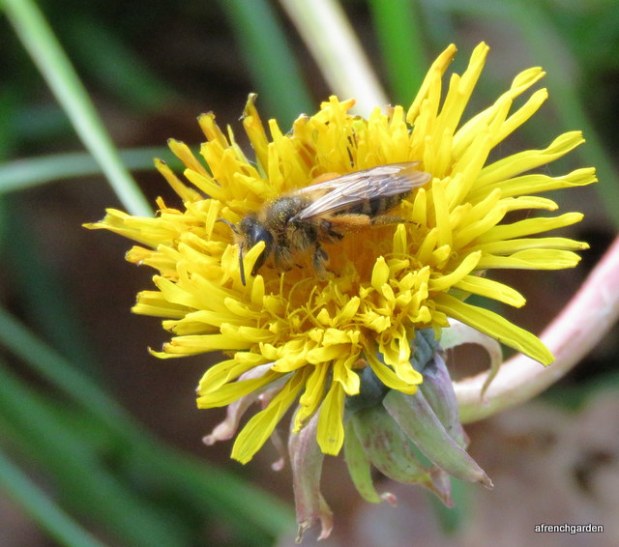 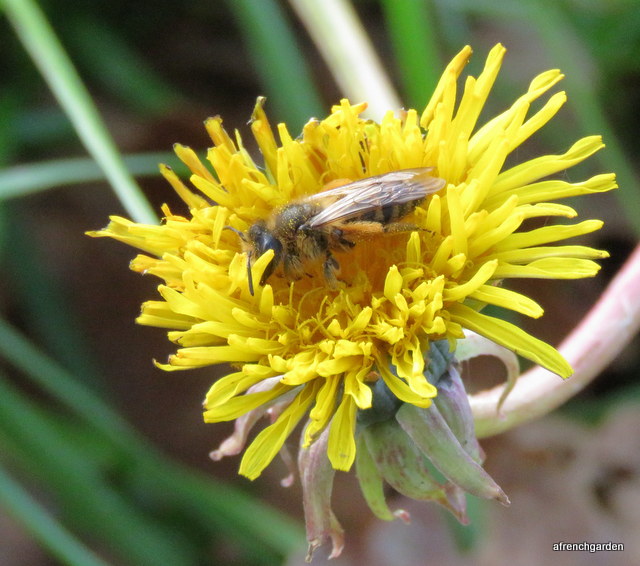 We were out walking on Tuesday 26 January 2016, it was nearly five o’clock in the afternoon and I had not bothered to take my camera along.  Nevertheless, I can’t help keeping my eyes on dandelions, checking for bumble bees, but instead I spotted a solitary bee: an Andrena on a dandelion.  My husband came to my rescue and took a photograph for me.

I think it is an Andrena haemorrhoa – its common name being the Early Mining Bee but by early in the U.K. they mean you can see it usually starting in March.  I felt rather sorry for it as it was not moving but sheltering in the dandelion for warmth.

The exceptionally mild weather with temperatures peaking up to seventeen degrees centigrade with sunshine has obviously woken some wild bees from their winter dormancy.  Luckily the flowers are being fooled too but I hope she has enough strength to make it back to her tunnel.