It was half past six in the evening and we had just returned from a walk when we decided to have a last look at the back garden.  Passing the plum tree we could see some bee activity where the Andrena flavipes is nesting.  I was wondering if she would come back! 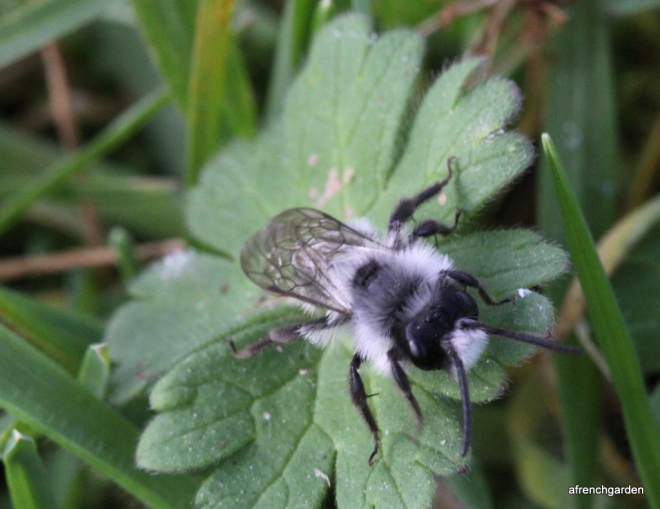 I’ve already posted about Andrena cineraria in my post It’s in black and white and I took those pictures in the middle of April last year.

I saw several flying low around the grass and one quickly popped down a hole and once inside closed it over by moving the crumbly soil from the sides of the pile over the entrance.  A bit like closing the bedroom curtains in the evening. 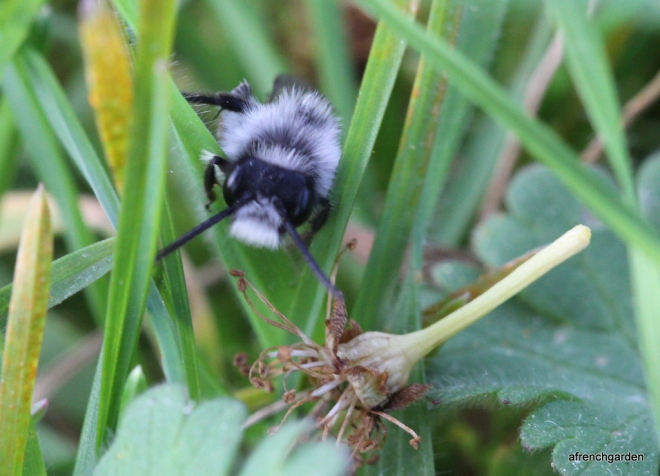 I followed one patiently who seemed to be having difficulty finding the hole.

Now it becomes clearer.  This is the male Andrena cineraria.  He was still on the search for an unmated female.  The female only mates once and then becomes unreceptive and goes about nest building and egg laying.  The male’s function is to find a female and mate, not for him the task of burrowing tunnels. 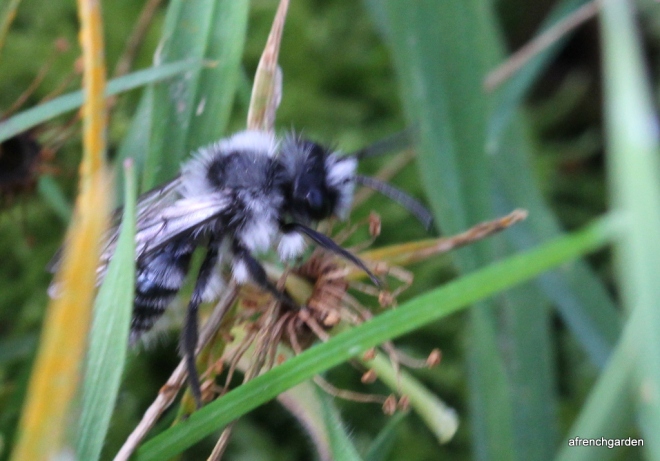 This is the first time I have seen the Andrena cineraria male.  I thought the female was beautiful but I think he might be even cuter.